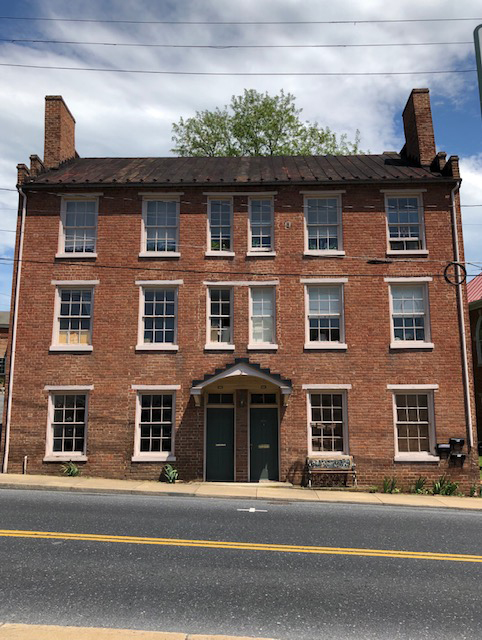 The classic federal built elements include; side-gable roof, stepped gable ends, 6/6 lights, Flemish bond brickwork, and flat window lintel and still. According to the Sanborn Maps, from 1886 to 1929 the only changes made to the Old Valley Hotel building have been to the rear-porch which was originally a 1-story frame; the second-story section and the fire escape are 20th-century additions.

From the 1988 Historic Tax Credit Application – Statement of Significance: The significance of 503-505 N. Augusta Street relates to its use and location as well as to the architectural value. the building was built as a hotel in the 1840s, and it is situated on one of the major north-south thoroughfares of Staunton. This is one of the earliest hotels remaining in the city. It was converted to tenement and residential use after 1870. Later it was used as Post 11171 of the Lily Valley Lodge, a popular black Elks Lodge.

To learn more about Federalist and other architectural styles, check out the preservation resources under our Resource page.