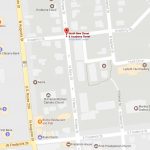 Many historic homes and five churches, three of which are historic black churches, are within the district’s boundaries. An historic barbershop, two former school buildings, as well as the locations of an early tin smith, printing shop and pressing parlor are included in the neighborhood.

Join us as we explore Staunton’s Stuart Addition Historic District.

Open and free to the public