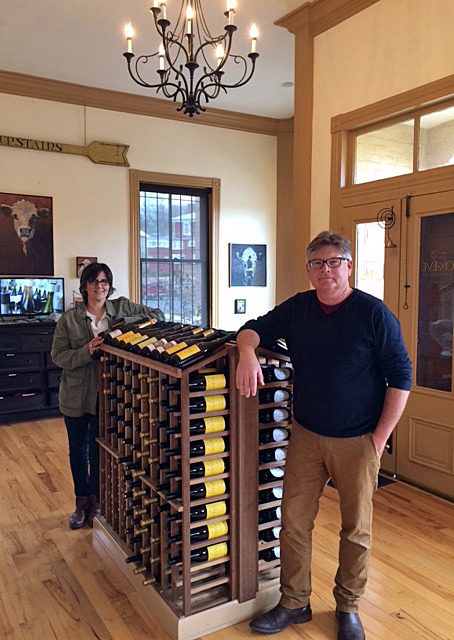 Where are you from?

I grew up in High Point, North Carolina and attended UNC then joined the Navy and got deployed several times to France.

Why did you choose Staunton for your location?

After the Navy, I ended up in Charlottesville as a financial adviser. Both of my grandparents were farmers so when Susan and I moved to the area we decided to start a vineyard on a farm we found for sale in Swoope. The soil and the climate was perfect for what we were looking for. But then we saw this building back in 2003 and bought it immediately. It was an old coal and lumber weigh station. Horse drawn wagons would come up under the arches to get weighed. So we called the owner, Doug Sheridan and bought it immediately. This was going to be our tasting room for our wine.

What attracted you to this particular project?

It was pretty! It looked solid and to us it looked European to us. Matter-of-fact, in France, many small towns have tasting rooms for wineries and this was what we wanted to do since I had spend so much time in France while in the Navy.

Did you use tax credits to aid in your rehabilitation?

Did Not.  Working 60/70 hours a week on the farm, just didn’t have the time to do all the paper work necessary.